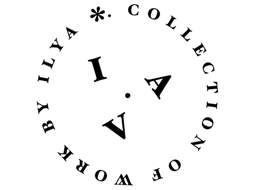 Ilya V. Abulkhanov is a director, designer born in USSR, based in Los Angeles. While pursuing an auto-didactic approach in the attempt to consume / produce the world differently, he makes (dis)organized notes, (re)arranges desires and (dis)orientates expectations.

Most recently his work for Mill+ includes the music video, Rihanna “Sledgehammer”, the creative direction of the opening film title sequences for X-MEN: Apocalypse, X-Men: Days of Future Past, as well as the Zoolander 2 Trailer and the opening film for the video game Destiny. Some of his earlier work includes the 2009 OFFF Opening Film, creative direction of Display Graphics and Holographic Interfaces for Iron Man II, the opening title sequence for the film Married Life, as well directed live action broadcast packages for the MTV Video Music Awards, MTV-Movie-Awards-2009, Movie Awards, and MTV Network Rebrand. He also collaborated on the design and animation of the opening credits for RocknRolla, Iron Man I and The Incredible Hulk.

Ilya also draws science-fictional characters and takes pictures. Aside from contributing to the culture industry outsourced by Hollywood he applies a trio of cynical, hypocritical and ironic strategy to survive.

Prior to living in Los Angeles, Ilya studied media-theory & film and worked as an editor in Kuala Lumpur, Malaysia from 1999-2005.